The destruction & the General

{slider=feb23, 2016;More to come, tomorrowinshaallah, on the news of the (re)appointment of Ali Mohsen as army chief, by the ousted president Hadi.} {/slider}

The boat & the island

{slider=feb18, 2016; About an (absent/exiled/banned) president selling part of his country and intercepted boats carrying arms destined for war criminals communication gear meant for reliefagency.} Reports on decisive gains of all parties involved in the Yemeni war keep abounding all press reports. You have to bear in mind which source you ‘re drinking from  to make out who the reporters mean by popular resistance, militants, rebels, qaeda, isis or government troops; they all win battles and now posess mountains so strategic that the course of war is changed dramatically. Illustrative of the adhd-character of press reports concerning Yemen is the story of the interception and apprehension of an Irish boat carrying military equipment picked up in Iran and meant for the ‘militant’ Houthis. Next day we learn from spokespersons why the Arab coalition release the boat, for it turned out it was carrying communication equipment for the World Food Program of the UN. Also up and down keeps popping up the report of the exiled president Hadi leasing the island of Socotra to the UAE for the coming 99 years. All funny if it weren’t that so many people are hungry and desperate and/or on the run. {/slider}

{slider=feb8, 2016; On how foreign boys accidently come to Yemen and put some more fuel on the Yemeni conflict} We know that besides misery there is profit in war. We read reports on mercenaries from al corners of the world fighting in Yemen. Eritrean, Colombian and Sudanese troops are the coalitions boots on the ground. Amongst the fighters for Al Qaeda en ISIS we suspectibly find many foreign individual volunteers, as this story on Abu Hanifa al Hulandi shows. Al Hulandi blew himself and his minibus up few weeks ago, just short of the presidential palace in Aden, killing himself, guards and bystanders. First there was doubt on the ISIS-press release, as another Abu Hanifa al Hulandi (the Dutchman) was killed in Syria in 2014. Specialists and counter terrorist were unable to identify this Al Hulandi, who appeared as a happy grinning young man in the press release. A local Dutch journalist did find his roots, in the Dutch town Alphen aan de Rijn. He learned the boy -called Mazen- was waved goodbye only a year ago by his family, as he took a plane to Saudi Arabia to study Arabic. The Saudi authorities however did not allow him in, and Mazen deflected to Yemen, where his trail is yet to be discovered. Read the original somewhat straightforward report (in Dutch) here or else maybe the poor English googletranslation here. {/slider}

Outlawed in a Yemeni spa

{slider=feb3, 2016; The fate of many thousands in Yemen, but written like this it so well describes how risky it can be if one just ventures out to find out things. Read the breathtaking story of Bahir Hameed, a photojournalist visiting Hamman Jaref, a spa just south of Sana’a.} A rectangular building surrounding hot natural pools, amidst orchards, in a peaceful rural and mountainous setting. On googlemaps we find a two year old review,  saying: Who wants tranquility and comfort, visit this place. A Yemeni-Dutch journalist asks herself -this is sept 2015- why the Saudi’s bomb exactly this place. We find a tweet showing pictures of before and after the bombardment. And then again there is a so called ‘sortie’ on Hammam Jaref january the 16th. Which leads few days later to this story telling us how indiscriminate, illogical and random the Saudi bombings can be. For more on the plight of journalists in Yemen, read this.{/slider}

{slider=feb2, 2016; Many things happened since end october, sorry for this gap, will try to make up for, catch-up with it. However, the answer to the question if things changed strategically appears to be: stalemate.}Many more people died, many more houses were demolished, despair and destruction is best described by the word: widespread. This somehow summarizes the last three months in Yemen. If one reads the ‘coalition’ pressreports, one may get the impression the ‘rebels’ are losing the battle for Yemen. The far less numerous ‘rebel’ media emphasize the destruction caused by the Saudi/coalition bombings, which seem to be fiercer then ever this past week. The more non-partisan reports focus on the stalemate, like this rather cynical one by Fannack {/slider}

{slider=nov6; As if Yemen and its people have not been plagued enough by human made disasters, there comes a natural catastrophy. Two violent tropical cyclones pass over the vulnerable island of Socotra and overturn coral reefs, fishing boats, mud houses and many rare species of trees} Socotra has been spared Arabian springs and consecutive wars, it has so far been hailed as the island of calm amidst a see of unrest. Untill the end of november, when the just as rare as violent tropical cyclones Chapala en Megh pass by and right over the island, which is covered with ancient dragonblood trees and surrounded by unique coral reefs. The flora and fauna that name the island the Galapagos of the Indian Ocean are hard hit, thrown on the beach and uprooted, though exact damage needs to be assesed. Eighteen people lose their lives, three an half thousand of houses are destroyed, thousandfivehundred of boats become like kites in the forcefull gails, that uproot fifteenthousand palmtrees. Read more here (in Dutch, sorry)

{slider=oct29; Another church in Aden reported demolished and looted. Makes three?}An article about the once tolerant but now deploring situation in Aden. The journalist of Al Monitor reports on the burning of the Adeni al-Badri Church by ‘islamic extremists’. Locals and scolars speak of the looting of the Saint Anthony Church earlier this year, folllowed by the looting of a catholic church in by a so called ‘Al Qaeda-affiliated group’. The storming of the St Anthony church was reported in may of this year after this tweet. And slighty off topic is this blackandwhite movie of the arrival of a British queen in her Aden.
{/slider}

{slider=october28; One in every ten Yemeni’s has left home. One of every twohundred Yemeni’s has left Yemen. But Somali’s still cross the rough seas to Yemen, for a better future beyond}News from UNHCR that despite the war Somali migrants continue to cross the Red Sea for a new future, mostly beyond Yemen. This year saw an influx of 70.000 Africans, mostly Somali’s. In total UNHCR records 260.000 migrants form the Horn now staying in Yemen, 90% of them being Somali’s. Meanwhile the number of IDP’s (internally displaced people) has since the month of may risen with more than half a million to 2,305,048. Which means 1 in every 10 Yemeni’s has fled home within Yemen. UNHCR etsimates the number of Yemenis fleeing the country at only 121.000. More here

Bombs on MSF-clinic near Saada. Whodunnit

{slider=oct27; All media report the bombing of a clinic of Medecins sans Frontiers near the northern city of Saada. The battered region now has no medical care left at all.}The precise location of the scene is Haydan, some twentyfive km’s outside Saada, a once beautiful city with a great wall and tall houses made of clay and mud. Saada has suffered bombings since 2006, first by its own government in an internal war between the Saleh-government and the Houthi uprising, nowadays by Saudi planes. Saada is reportedly semi-demolished and almost deserted, as you can read in this report. ‘With the hospital destroyed, at least 200,000 people now have no access to lifesaving medical care, according to the press release of MSF itself. Saudi Arabia itself denies bombing the hospital. Most media connect the bomb to the American bombs on a MSF-clinic in Kunduz, Afghanistan only two weeks ago. More here and here
{/slider}

Which one is the Yemeni army

{slider=oct25,26; The Yemeni Army is winning and sweeping. Question: which is the Yemeni army?}According to Tasnim Media, an Irananian website, the Yemeni army downed a Saudi warship near the coast of Taiz. In casu the Red Sea- port of Mokha, where Dutch traders long ago succeeded in smuggling Yemeni coffeeplants into their vessels, ready for export to th Dutch East Indies and beyond. From Press TV, Iranian state media, we learn the Yemeni Army shot down an Saudi drone near Taiz. From Gulf News we learn Yemeni forces make sweeping gains in recapturing Taiz, Emirates24 adds that coalition warships ‘pound’ rebel targets in Taiz. Seems a coherent story, except that all sources are talking about different armies, which in fact fight eachother. Confusing for people that don’t know who is who. To their comfort: nobody knows who is who, and who is with who at what location and at what moment in time, for this is Yemen.
{/slider}

Comments, corrections and tips below or abumelleatxs4all.nl 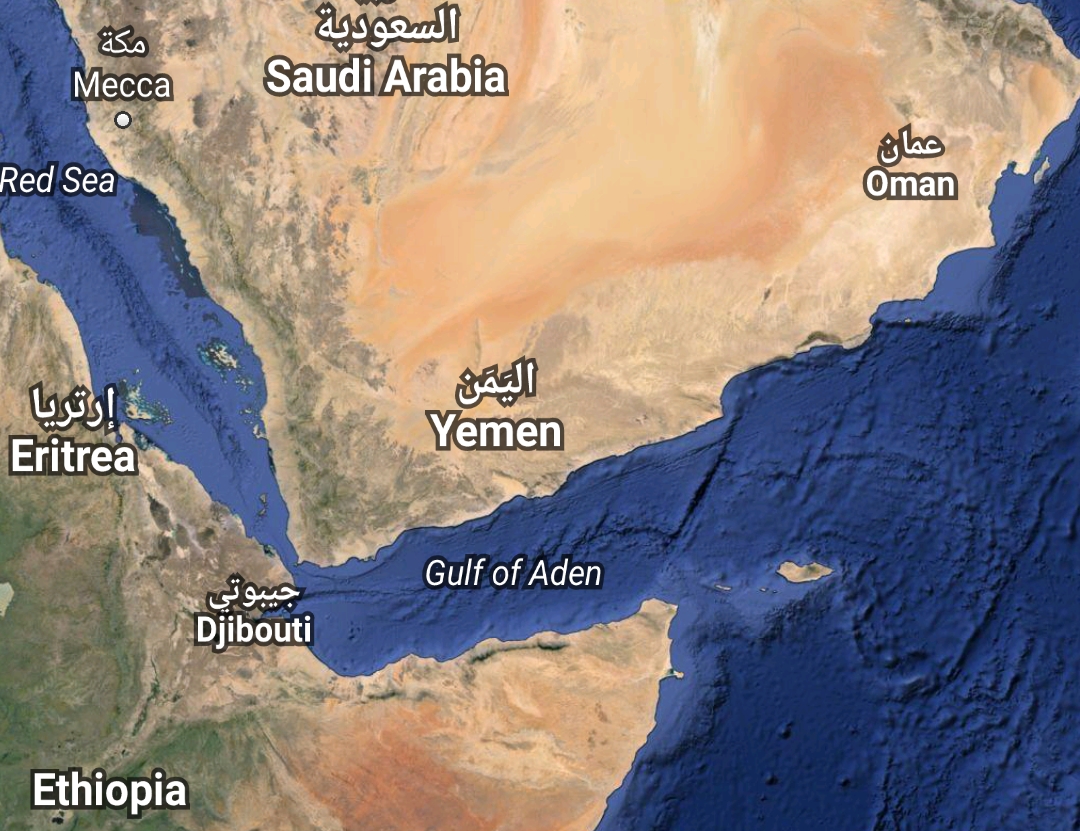 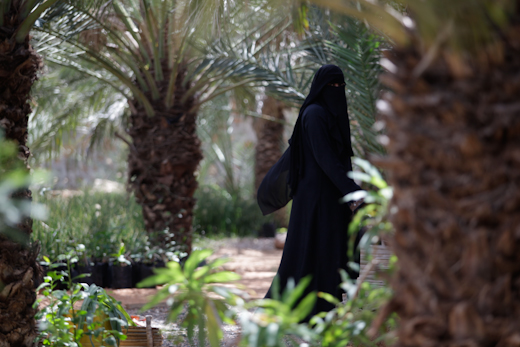